Hollywood Cemetary is a historical site in Richmond, Va. It still functions as a cemetary and people are still buried there but many historical figures lie there. Jefferson Davis, President of the Confederacy, JEB Stuart, Major General in the Confederate Army, and two Presidents, John Tyler and James Monroe are buried there.

Confederate soldiers who died at Gettysburg. 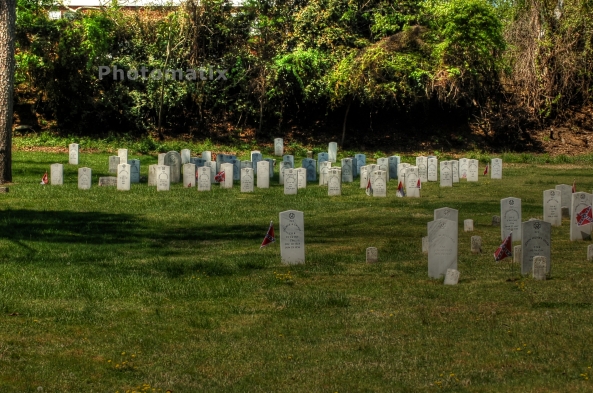 Whole Units are buried here as evidenced in the above photo and the one below.

And some soldier’s were never identified after the battle and are buried in graves with just a number on them.

The next two photos are of Major General Jeb Stuart’s grave:

The hard drive for my laptop came in yesterday and I’ve spent a cumulative 14 hours reinstalling software and getting it back the way I like it. Now that it’s done I can start posting on my blog again and make sure you folks get some new stuff to read. Thank you for the patience.

It’s supposed to have left the local fed-ex facility for my house today…here’s to hoping it gets here sooner or later.

My new hard drive and Windows 7 disk are on the way. It should be here in another day or so then I can get back into posting normally again.

Since my computer went down and I haven’t gotten a new hard drive for it yet due to other issues in life. Right now I’m glad Mark’s in one piece and doing well from his surgery. Hard Drives can be replaced, human beings can’t. Yes, having the computer down effects my ability to post and be active on my blog, but losing a friend affects life more.