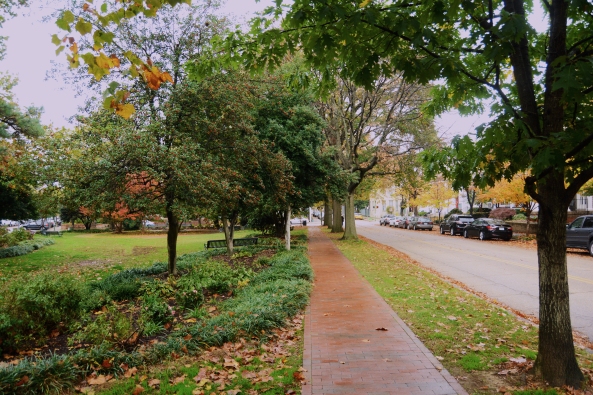 Q409 passes Douglasdale Rd on her way to Waycross, Georgia,.

After a long, hot summer here in Virginia, it’s started to cool off for the fall. In fact, today had been chilly and breezy, with a hint of winter in the air as the leaves start to turn. It’s starting to match the mood I’m in right now to be honest.

After WordPress decided that it needed to interject politics and all into my page with the gay pride banner on my admin page, I’ve been thinking. Is it such a bad thing to share my beliefs? John Scalzi does it and seems to be fine with his followers so maybe I should stop with the holier than thou bit and just speak my mind.

So, without further ado, I’ve decided to start making posts on my personal beliefs and viewS too. Be prepared for them.

KILL DEVIL HILLS, N.C. (WAVY) — A 16-foot shark named Mary Lee swam the closest she’s been to the coast of the Outer Banks in more than two years, according to OCEARCH, an organization that collects data about marine species.

Mary Lee’s tracker pinged off the coast of Kill Devil Hills at 7:48 Sunday morning, more than 50 miles from her last known location.

In January of 2013, Mary Lee swam through the Ocracoke Inlet, and spent about an hour and a half in Pamlico Sound before making her way back into the Atlantic.

OCEARCH scientists tagged her with the tracker in Cape Code in September 2012. Since then, Mary Lee has traveled nearly 23,521 miles.

The 3,456 pound shark is named for OCEARCH expedition leader Chris Fischer’s mother, according to the organization’s website.

“My parents have done so much. I was waiting and waiting for a special shark to name after her and this is truly the most historic and legendary fish I have ever been a part of and it set the tone for Cape Cod,“ said a statement by Fischer on the OCEARCH website.

You can see more of Mary Lee’s path on the OCEARCH website.

Dare County dispatchers said they did not receive any calls about shark sightings or incidents Sunday morning.