weapon is w/e. obv if you can get it you’ll want MAX CH-ATK / Crit / Crit-ATK

Only put points into your first row of offense skills and then max out your heals, buffs and debuffs.

The roadkill is a shadow walker dead in mech.

Player vs Player combat is a major part of Scarlet Blade and we’ll now cover it.

There are 4 places where PvP takes place. Caergate, Janus, Turnpike and Viledon. I’ll get to them in a second.

When Royal Guard (RG) and Free Knights (FK) are in the same board, it’s considered a disputed zone and both Mechs and Cybersuits are allowed. I will get into Cybersuits in a second.

During PvP both sides are able to kill the opposing side, and as a reward for each kill the winner receives ‘rank points’ and a ‘dog tag’ (if they chose to pick it up). Rank Points are important because they allow you to get your ultimate and earrings. Dog Tags are a major item because you trade them into the ‘Dog Tag Officer’ in Caer (or viledon) to receive medals. In Caer they are silver, in Vile they’re gold.

Now, you receive those Dog Tags for killing enemy Arkana in all four of the locations I mentioned earlier. Each level has a % chance of being turned into medals. 4 level 29 dog tags have a 100% chance of making a medal. $ of 28 has a 92 of 96% chance and it goes down with the level. Single tags have a low success rate.

There is a way to check your rank…it’s under C for your character. On the right will be a listing of attack, etc. Click on the ranking tag at the top and it’ll show a screen like this.

This will allow you to know if you have enough points for your ulti or earrings.

Each class has an ‘ultimate’ skill that you can buy after getting 30 silver medals and 30K rank points. It costs 10 G but is worth every dime. The ultimate dishes out tremendous damage to your opponent. However, it takes 1.5 seconds to build up and takes 15 minutes to cool down. It’s a great tool if you need to desperately get out of a battle or need to beat someone at base or even if you just want to be mean and kill someone. It’s up to you decide when you want to use it.

Earrings are scout, veteran or seer. Veteran are the ones better for combat. It costs 15k RP, 10 G and 10 medals to get each pair and you need two. They’re worth the effort.

Once your reach level 17, you receive your mech. It is a large mechanical fighting tool that your arkana has. They are tied to each class, meaning you can’t trade the Medic’s Kali for a Sentinel’s Kumari.

Here are the images of them: 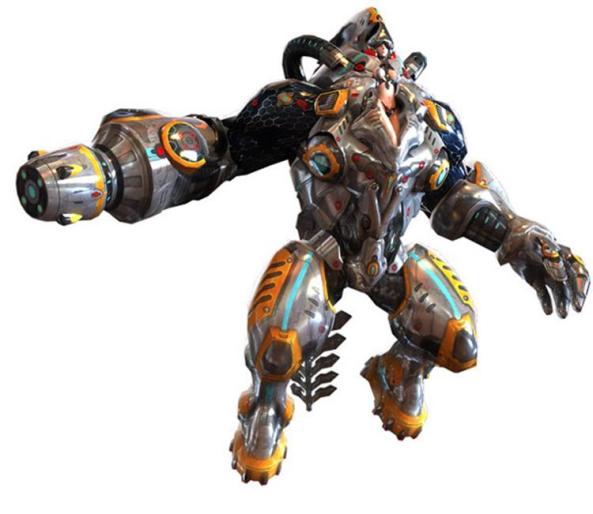 Kumari is made specifically for the Sentinel. It has a quick firing gun and is shorter to accommodate her smaller side. It has a stun skill where the left hand scoops up metal or rocks and slams it into the enemy’s face. Inner sight, when engaged before entering the mech, speeds up it movements. Otherwise it’s a bit slow to an extent.

Having a medic, I think this is the slowest of the six mechs, but it has its plusses. It has the ability to use its gun to keep the medic, or her teammates alive. The best skill it has is the ability to cast a ‘healing circle,’ which is a large, glowing area when the medic, and party members, can fight from and keep their HP steady. Other than that, it has the weakest offensive punch of them all. 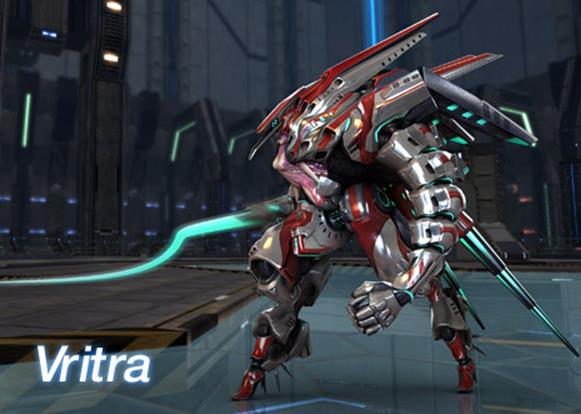 Athena get around with the help of thrusters, but she has tremendous offensive punch. Wielding a laser whip, it chews through opponents, making it one nice weapon. If you’re a whipper, this is your best friend in PvP or battlegrounds.

Designed to take a shitload of abuse. Nothing more I can say than that. It’s the truth.

Takes Advantage of the Punisher’s abilities and amplifies them. Ishtar has a long range weapon and the ability to fire several smaller weapons from its shoulders. If you’re a Sent or SW unlucky enough to be close to her when she fires, it can be a fatal encounter. 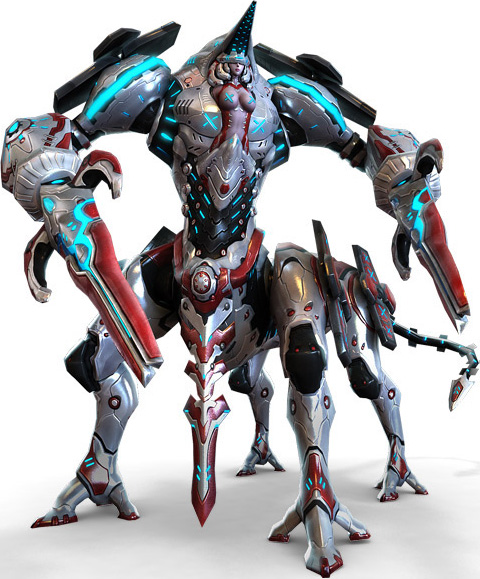 Epona takes advantage of the Shadow Walker’s speed. It’s the only mech 4-legged, meaning that running from a SW’s mech is difficult. It also has a charge (similar to secret charge) and an attack where both arms are using in an alternating constant attack. Epona also has a skill that allows the SW to fire at a target from a distance away. If a Shadow Walker is meched up and hunting you, running won’t help most times.

Is a metallic suit that covers an arkana from head to toe. It’s only useable in Janus/Turnpike/Caergate/Viledon. It increases your attack, defense, sp and hp. This is what they look like. 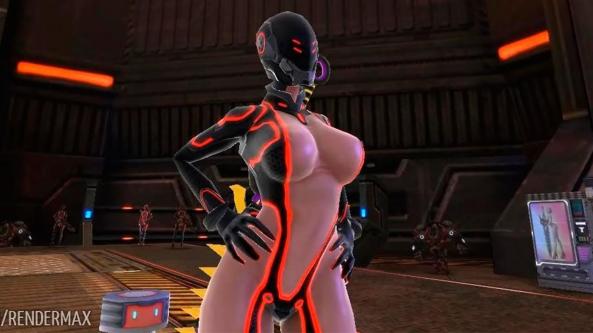 They look the same no matter what class.

Now we move onto the last three classes. We’ll start with the Whipper.

Whipper is a tanky class. Built right, she can charge the RG base and the front lines and survive. By nature of her whip, she can take one more than one monster or enemy at the time. Whipper’s have very little difficulty soloing Bitterstone Core or any other dungeon.

• Not as good late-game, but can gain lots of kills from burning
• Not really a tank class
• Disadvantaged against ranged classes because it is a melee class

Be sure to invest in your passive HP and Defense. It’ll save your life on the battlefield.

• Highest HP and Defense (Tank Class)
• Ranged Stun
• Debuffs and Silence
• HP and Defense buffs, as well as a attack buff that takes away hp per second.
• One of the best end-game PvP classes

• Average damage
• Melee class, can be taken down easily from a distance if there is no medic to support you, or your def/hp isn’t high
• Useless at tanking and killing at lower levels/unfunded
• Can be killed if kited and unexperienced

A downright nasty character to meet in Melee battles. If you’re a SW, keep going…don’t mess with this meatshield.

The sneakiest of the classes out there. When played correctly, she is a unrivalled killing machine. However, she requires someone who is sneaky and cunning to properly use her and her skills.

The combination of gear and skills are the key to making a SW good. A good combination is:

(Combo for Sentinel Only and those who have 3.8k HP below)
Secret Charge> Twilight Explosion>Flare>Shadow Dance>Fatal Thrust>Death Blow>Slaughter>Crippler>Hack and Slash

Gear should have EVA-ATK-DEF-CH-ATK. Void is not a big thing with Shadow Walker. Doesn’t help her much.

Passive skills points should be put into concealment and one into HP.

Special skills that are utterly necessary:

This completes our class guides. Next we’ll cover PvP

To the new players who have joined SailorS, welcome aboard! I’m taking time to create a game guide to help you learn how to play the game.

Sati is an extension of Mother, the AI in charge of the ‘Ark Project,’ which created the Arkanas. She gives quests (both primary and secondary) throughout the game. Do not skip her missions (or any for that manner) because it will set you behind. Several of them are required to advance, while others give out enhancement stones, weapons, etc etc.

Scarlet Blade is a combination of Player vs Player combat and a Korean-style grinder. A grinder is a game that requires you to kill mobs (monsters) and do dailies to level up once your pass level 12 or 13.

The keyboard is a usual W-A-S-D set up. W goes forwards, A to the left, S backwards, D to the left. 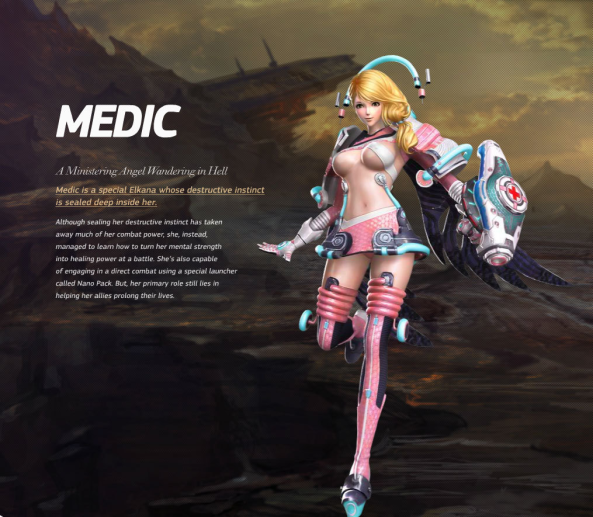 The medic is the most unique class in Scarlet Blade. She has the capability to keep herself alive, and her comrades through buffs and equipment. A medic is a major need when doing dungeons, etc.

Best gear to get for a medic depends on the piece of gear. As you note below, each item has a slightly different skill mix by the big ones are EVA, VOID, HP, Crit rate and Min and Max attack % 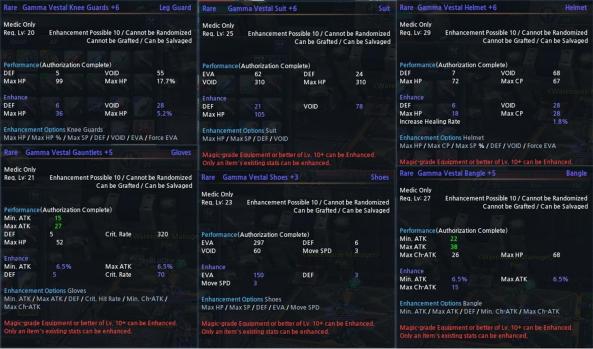 Important buffs for a medic are: Healer’s touch, veil of offense, restoration, veil of healing, shadowfoil, and eradicate.

Bear in mind that Medics are the ones that people look to kill the most. Try to build up your passive HP a lot and enhance gear for better HP. Secondly, stay as far back as you can to keep your buffs working. Medics aren’t front line warriors, so that will keep you alive.

Pros
-Heal and AoE heal for maximum nursing power
-Various team buffs ranging from attack boosts to increased critical rate and damage
– Heals means you rarely need to use HP Hypovials except in emergencies
– SP Regen is pretty good, and a pretty large SP pool
-Usually one Medic per dungeon party, which means any Medic drops are guaranteed to you on class roll
– One of the rarer classes
– Your measurements are perfect
– You use a freaking backpack arm-cannon, that’s kawaii man

Cons
– You’re not a class meant for, or even good at, DPS
– Grinding and questing is slightly slower than other classes because of slower kill rate (depends on build)
– You have to balance between heals, buffs, and damage, making skill point distribution a pain in the butt
-People will give you flak if you don’t heal them properly

Punisher is a long range attack artist. She is armed with a rifle that allows her to target foes from a distance. Punishers make a good backbone to groups because basically she’s the sniper of the bunch. 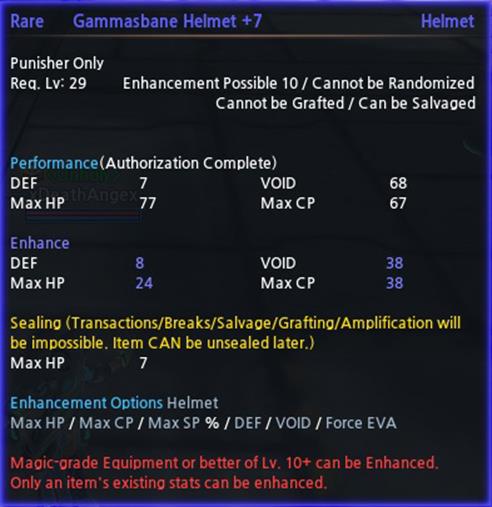 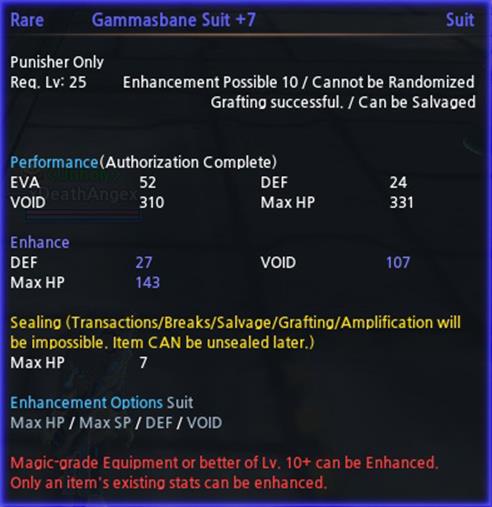 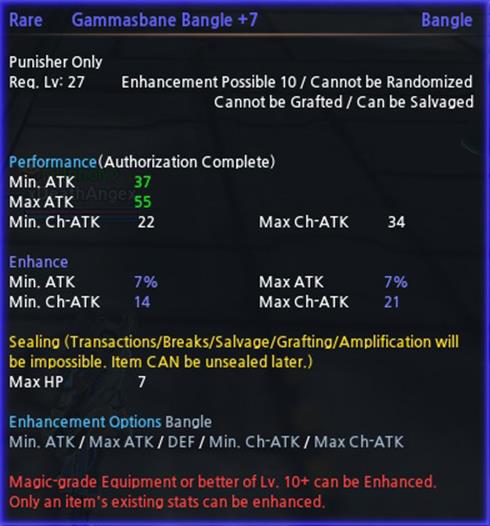 Sents are the ONLY class that can easily detect SW’s. They are the Kryptonite of SW’s.

Fastest in the Game

Twin Guns Give Ability to Max out DPS (Damage Per Second)

And did I mention you can see Shadow Walkers when they’re invisible? (you see their name and where they’re moving at. The better your detection is, the better you’ll see them)

Void doesn’t do much for You…EVA is the way to go. 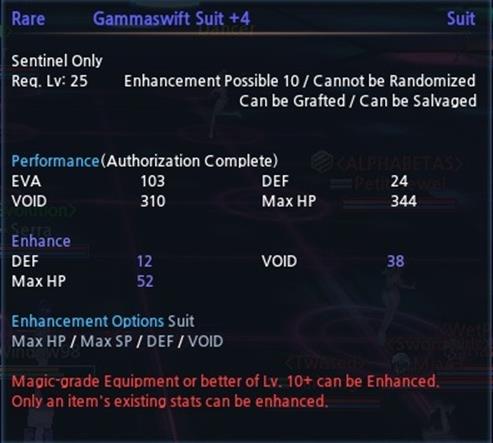 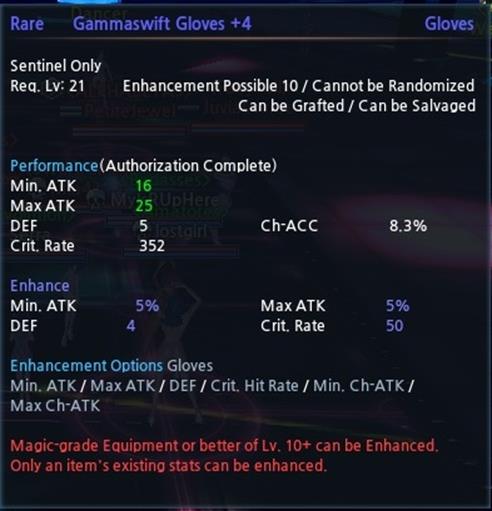 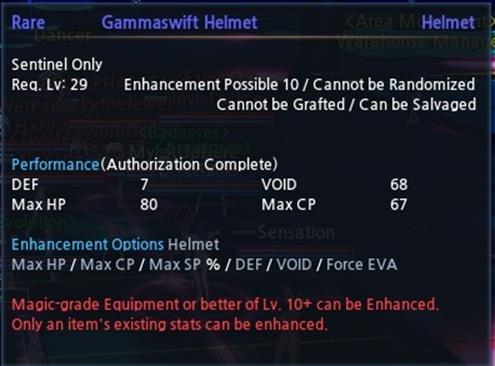 That’s your “perfect” gear. However, each person has their choice in how they want to build their Loli, so consider it a suggestion.