I have to say that the moment I’ve been waiting for has arrived. There’s one particular brainiac (and I use that term loosely) on one of the writing forums who fancies himself/herself to be the end-all be-all of writing knowledge.

It’s funny to watch this person operate and how they have diarrhea of the fingers and never get to a point. This time it’s telling someone how their idea is contrived and sounds like it came from a supermarket tabloid. Well, armed with that person’s statement, let me shoot it down.

Any idea for a fiction story could be considered contrived since every story that can be told has been already. Second, it’s not the idea that matters but the person writing it. Third, does anyone really give a shit about what he/she really thinks? If he/she had time to write, then he/she wouldn’t be playing blind leading the blind. 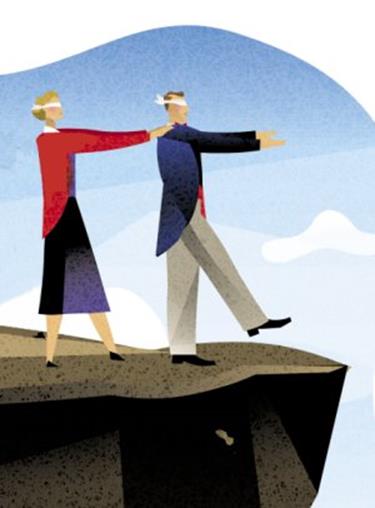 Honestly, I’m starting to find the posts of so many people to be so humorous that I’m taking time out from writing to wait for them to be made. Hell, it’s worth one big ass laugh and a good dose of stress relief!

With that said, what’s the *worst* advice you’ve ever gotten in writing? I’m kind of curious as to what’s been said.

Today I decided to take most of the day off from writing and allow my head to clear. As I did this, many things came to mind and I thought them over. First off writing isn’t for the faint of heart. Even the best-selling authors get piss poor reviews on works that end up being classics. Thus, a good writer needs to have a thick skin and not let every negative review get to them.

Second, write for the audience, not another writer. Another writer will always end up being more critical of your work than the average reader and sometimes it can do more harm than good. Same thing goes for writing on the forums and letting the amateur writer try to tell you what’s wrong with it. This definitely becomes the blind leading the blind.

Third, things are made overly complicated by many beginning writers. The trap they fall into is trying to write something that’ll be considered both a literary classic and have legendary workmanship. Instead of shooting for the stars and failing miserably, it’s sometimes better to shoot for Jupiter and write a good story and not worry about whether is the best written story. There’s plenty out there that suck ass and still sell good. Don’t get me started on that shit called Twilight.

Fourth, the mark of a mature writer, whether he or she has been published yet, is the ability to write stories and characters that are totally unlikeable. Mareth is one of them for me. There’s nothing good about her; in fact, she’s rotten to the core. But she’s still enjoyable to write. Who doesn’t like writing a bad boy or bad girl character?

I could go on for hours writing down my thoughts but I’m not going to bore you. Hopefully you can glean something from and be able to move forwards as a writer.

And I have to say a big “whoops” for being half asleep when writing this post. Here’s the actual link:

I’m going to put a link here and hopefully people can read the thread. This became totally ridiculous rather quickly and I’m glad I ignored it like the plague. Nothing like artistes arguing among themselves like this. I made my views clear on my blog, without having to attack anyone by the way, where an absurd amount of back and forth and fighting couldn’t happen.

This is just sad…