This year’s Special Award recipient was never in any doubt about what he wanted to be when he grew up. As a child, he loved TV’s Doctor Who and devoured Arthur Conan Doyle’s Sherlock Holmes books. He even wrote his own version of Robert Louis Stevenson’s novella Jekyll and Hyde.

“I never really had any other ambition and I was always very clear that I wanted to be a scriptwriter,” reveals Steven Moffat, who, of course, went on to write Doctor Whoand Jekyll, and create (with Mark Gatiss) Sherlock.

Moffat‘s big break in TV came in 1989 on ITV’s BAFTA-winning teen drama, Press Gang, for which he wrote all 43 episodes. More than two decades later, having penned hundreds of hours of drama, this most prolific of writers is now the showrunner (creative head) of the BBC’s two biggest dramas, Doctor Who and Sherlock.

Moffat’s early work mined his own experiences: a stint as a teacher for Press Gang and BBC1 school-based farce Chalk; and the ups and downs of his relationships in the BBC sitcoms Joking Apart and Coupling. Is it important to write about what you know? “I was a teacher once so I wrote about teaching; I was going through the terror and the triumph of dating so I wrote about that,” he replies.

“Every writer writes about what they’ve personally been through, just because that’s what’s to hand. I don’t know if it’s an important rule of thumb – you should tell the story that most animates you. But I think it’s important to not make a mistake like writing Chalk,” he adds.

“Chalk didn’t work, although there were some very good people involved,” Moffat recalls. The early signs were promising. “Of any sitcom I’ve ever witnessed being made, and I’ve seen loads of them like Men Behaving Badly and The Vicar of Dibley,Chalk had the biggest laughs on the night. As a piece of theatre it was brilliant in the studio – people came back every week; the audiences were rapturous. The trouble was when I watched the tape at home, it was far too loud and raucous [for TV],” he says.

“The second series was commissioned before the first went out and they didn’t have time to cancel it. There’s no feeling on earth like working on a show that you know is doomed and already tanking.”

“I’ve always been much more passionate about television than movies and I don’t particularly want to be a foreigner. I‘d rather work here – working in British television is pretty cool.”

Writing comedy is a tricky business. Coupling, which followed Chalk, was a hit with both critics and viewers. Yet while making it, Moffat had a few shaky moments. “When we filmed the best ever show we did for Coupling – half of which was in Hebrew – the audience kept leaving on the night; I was barely getting laughs at all,” he recalls. “We moved the episode later in the run because we assumed that it was terrible, but when it came out it was the show that put us on the map.”

When Coupling ended after four series, Moffat jumped genres, writing episodes for the regenerated Doctor Who, including ‘Blink,’ which won him a BAFTA in 2008, and a modern-day version of Jekyll for BBC1.

“After many years of doing comedy, and rather farce-based comedy at that, it looks like a leap, but it didn’t particularly feel like one,” he recalls. “People talk grandly about range, but the truth is that you’re just writing.”

As a writer, Moffat prefers the end result to the process: “I love having written and getting a good show out there. I think it would be overstating things a little to say I love the actual writing.”

His advice to would-be scriptwriters is “just write. The big break is easy if you’re good enough. I hear people saying, ‘I’m desperate to write – I’ve written this script.’ And I want to say: ‘Why haven’t you written 50 scripts?’

“The first 50 will be shit and so will the next 50 and probably the 50 after that,” he continues. “You have to write all the time and not worry so much about going to the right parties or the contacts you have in the business – they’re completely irrelevant. And stop badgering people for advice because there almost is none – If you write a truly brilliant script, it will get on the telly.”

Doctor Who returns this autumn and Sherlock next year, and Moffat has no plans to move on. “The moment it’s time to stop on a show is not an ambiguous feeling – you just suddenly think, ‘I can’t do it anymore; I’ve had enough’,” he says.

Moffat has dipped into Hollywood, co-writing the screenplay for Steven Spielberg’sThe Adventures of Tintin: “I left it early and handed over to Edgar [Wright] and Joe [Cornish] – I ran away from LA to Cardiff to do Doctor Who, which is an unusual career path.”

“I’ve always been much more passionate about television than movies and I don’t particularly want to be a foreigner. I‘d rather work here – working in British television is pretty cool.”

And, rarely has there been a better time to work in TV. “It’s extraordinary,” says Moffat. “Our drama is doing phenomenal business everywhere and look at the amount of bloody brilliant comedy we’ve got at the moment. This is a golden period.” 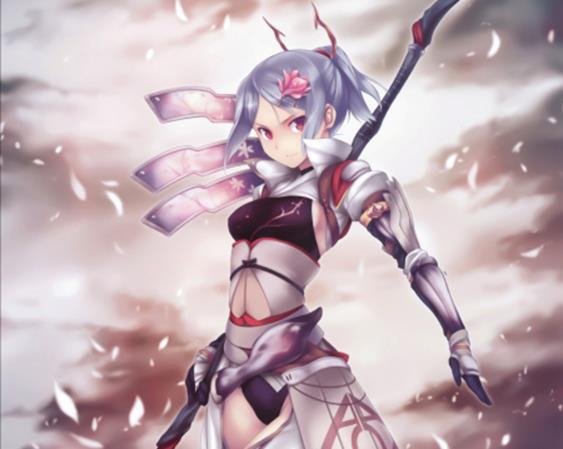 And I have to say I’m pleased with myself. Normally when writing I’ll go over and over on a project and never finish. Not this one. For better or for worse, it’s a completed project.

Writing a novel is a lot like running a marathon. Sprinting doesn’t win the day, it’s slow and easy that does. Cranking out 4-6k of words a day may sound good on paper, but is the writing worth a damn?

I’ve gotten to the point that I’m writing somewhere between 1.5 to perhaps 2k a day and taking my time. This allows for getting paragraphs right the first time then having to rewrite things over and over. I don’t know about you guys, but I get brain fried from working over and over on the same project. Right now, you couldn’t get me to touch this manuscript unless someone threw a bunch of money at me. Why? Because I’m burned out of this story. I want to move on and that’s what I’m doing.

My current projects are: Third Talia novel, a first Novel around a character named Micki and a serialized Talia novel for my blog. Those are enough to keep my busy for a while, and I still have the second Talia novel to edit!! Honestly, I’m too tired from editing the first one to take that one on, so I’m hitting the creative side instead.

Now that it’s done, let’s cross fingers and hope someone picks it up. If not, I might put it out as an e-book and try to sell the second one. Perhaps, if that one is picked up and sells, I might be able to sell the rights to a publisher and the first one could end up in the market too.

Well, that’s getting ahead of myself. Here’s to hoping things go well.