This is a prime reason why you stay off the train tracks.

For those who don’t live in the United States, freight trains are really big and heavy. This is a coal train that runs from Pennsylvania to a power plant in Cross, SC. He’s had to stop at a bridge about a mile away (it’s single track over the bridge) and wait for someone to pass by. Now he’s trying to get back up to track speed (track speed is the maximum speed allowed for his train, which varies on size, tonnage, type of train, engine power…several factors). Those are two General Electric AC4400CW engines, each making 4400 hp. Listen to how hard they’re working to get the train back up to speed.  They’re pulling about 12-15k tons of coal.. 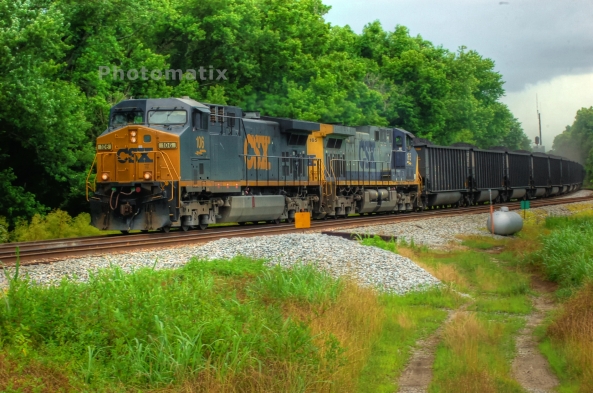