The roadkill is a shadow walker dead in mech. 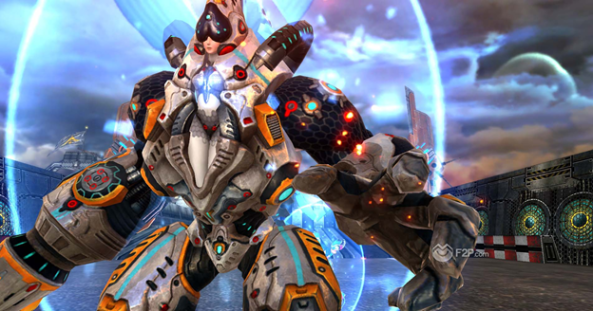 Today I entered a battlefield named Janus. There were ten of us versus the 9 for the Royal Guard. They had a medic and we didn’t, but it wouldn’t have made a damn bit of difference. In the end, the score was RG 165 FK (US) 5. Want to know why?

It’s very easy, it’s called the ’29’s forever.’ What that means are players who will do everything in their power to stay level 29 or lower so they can own Caergate and be “dominant” over the smaller players. There’s three guilds between the RG and FK side that do this. Arcane Fury, Endurers and Red Bull. I will touch on each on later.

What made the battle so unfair is that each of the 29’s had unique equipment, boosting their health points, strike points and damage dealt to levels that us 25-27’s couldn’t have matched in a million years. Hell would’ve frozen over before we could beat them.

Which now brings me to the subject of guilds. I’m going to start with Red Bull. They are in Caer on the FK side, and are the biggest bunch of pricks I have ever seen in any game. If there’s a Titan (Caergate world boss) they go in mass to attack it and grab any of the unique weapons that drop. Their excuse for their behavior is: “No one wants to hunt the boss, all they want to do is attack RG base.” That might’ve been at one point, but now that argument is bullshit. Hear me Red, I’m calling you out as being full of shit-yes you heard it right.

Why do I call it bullshit? Because no one can get anywhere near Titan if they wanted to. How can you when 6-8 Red Bull are all over it? Drops from Titan are based off how much damage you dish out, and when you’ve got 8 versus 2 or 3 and the 8 have unique weapons…well you see the point.

What makes things worse is the RB has now created a RG guild called Yellow Bull. What they’re doing now is they’ll hit the RG chest with Red Bull, getting the good gear, and then switch the YB and hit the FK and get all the good stuff then. How is this any kind of sportsmanship? It’s not. Having coached before, I can tell you it’s nothing akin to cheating. However, I’ve always said most of RB are limp dicked no life people anyway. Why else do you feel the need to dominate a stupid game if you’re not?

Arcane and Endurers, though, are just as bad. They do the same things on the RG side.

Now, how is this a problem? Let me list the reasons:

The same RB bunch has told someone I know that they’ve been drying up the auction house of any good rare equipment, leaving the shit for the newbies to have. Once again, how is this fair and balanced? It’s not, It’s just jackasses being jackasses.

Now, the GM’s at Aeria can ignore me if they want, but I’ll tell it like is. My first Bachelor’s is in Sports Management, which concerns sports entertainment. The Entertainment sector of business is the same whether it’s sports or video games. If the event isn’t fun and entertaining, the attendance will dry up and the money too. That’s what’s happening on Valky. People are getting sick to shit of the bullshit being done by the groups and nothing being done about it. And until it is, the server will continue to die.

Ignore it at your own risk, Aeria.

I just finished playing Scarlet Blade a couple minutes ago and ended up shaking my head. We were in a battleground called Janus, which is where both sides can fight. Suffice to say, we lost. Fine. It’s not the end of the world.

Right now I’m leveling up a Medic, Sentinel and Whipper, all classes I’ve never played before. So, are they built, skill wise, like they should? Probably not, but oh well that’s life.

Suffice to say, one person griped me out in the middle of the game for ‘not having basic heals and trying to be a hero.’ I guess it was being a hero to try to support them with what buffs and heals I have. But, you know, it’s a game, so what’s the big deal.

Same person went on shout and yells “RUN FROM JANUS FK (Free Knights, which is our faction) YOU FUCKING COWARDS!

I just had to sit back and shake my damn head at people. It’s a fucking game…not real life! Why take it so seriously? That’s why I’m leveling out of Caergate so I can get away from something that’s annoying me. Why? It’s a game! And if it’s running up your blood pressure then: 1. You’re taking it too seriously. 2. You’re letting someone have too much control over how you feel. 3. You’re taking it too seriously.

This is why I tell people all the time that some gamers have no life. Anyone who’s willing to curse people out over losing a game is a moron. I don’t care how much money they put into it, they’re still a moron.

Time to get your head out of your ass and get over yourself.