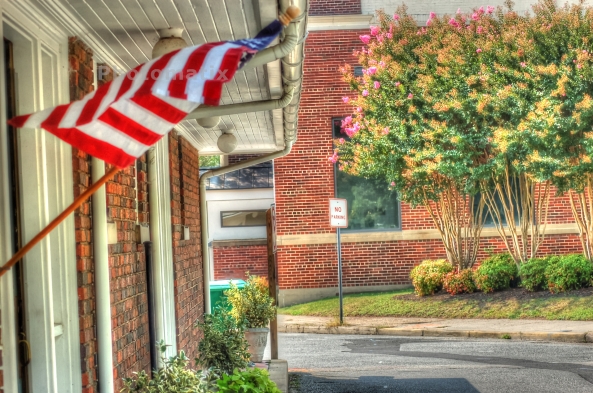 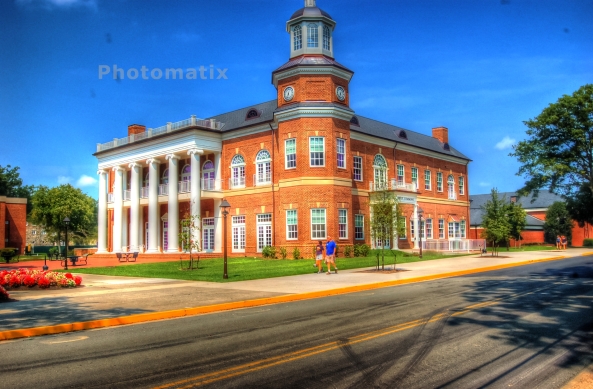 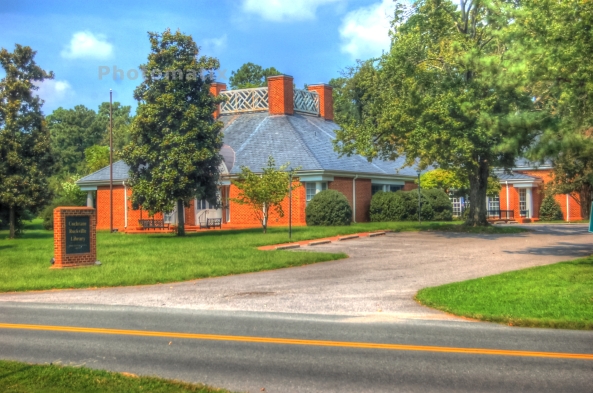 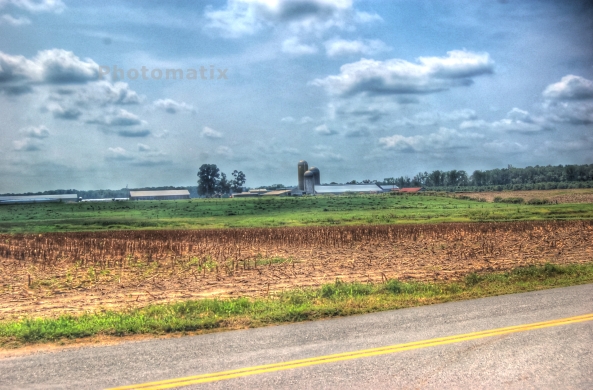 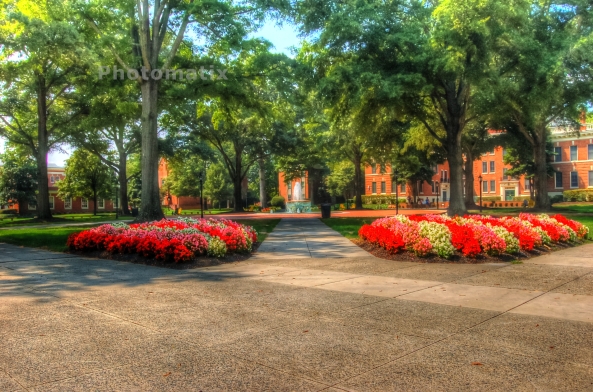 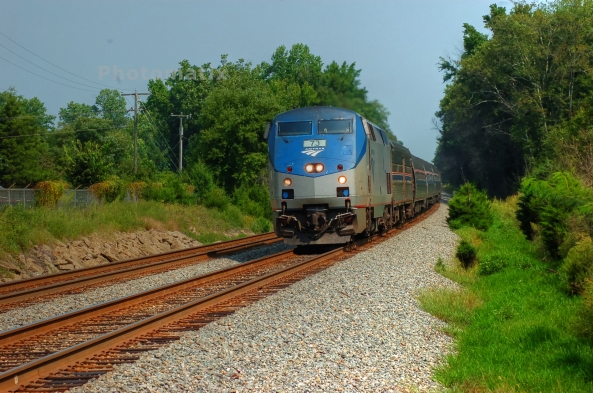 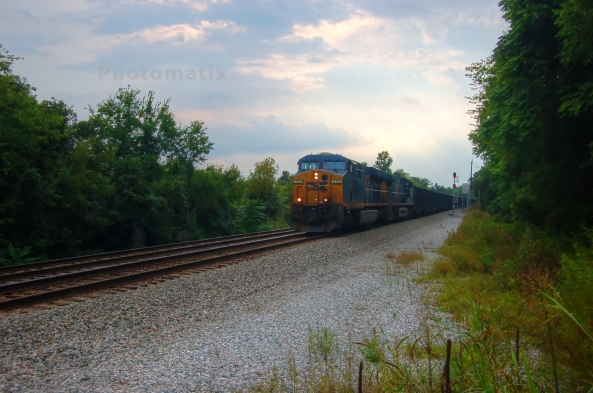 I just read and article where the Maryland Governor said the ‘lives of people of color are valued less’ than whites. Now, I’m not sure what world he’s living in, but ALL human life is important. Personally, I find the number of black on  black murders to be just as disturbing as any terrorist attack. No one, I repeat NO ONE, no matter who they are, deserves to have their life taken from them without having a trail to defend themselves.

Every time I see the death of a drug dealer, I see two tragedies and a wrong. The first tragedy is the person losing their life. The second is what happens to the parents, sibling, children and friends in the aftermath. And the wrong? The crime of ending someone’s life.

Now, with that said, how is that valuing life more for some than others? Are there people I think are utterly depraved and are probably better off removed from this world? Yes. Do I think it needs to be done? No.

Whether someone believes in God or not, we’re all made in the image of our creator and if He is upset by the death or a sparrow, then what does He feel about us? Indifferent? I doubt that.

It’s long since past time for us to learn how to coexist as a species and move forwards. Our future is in space or we will die off…plain and simple. Let’s get going. 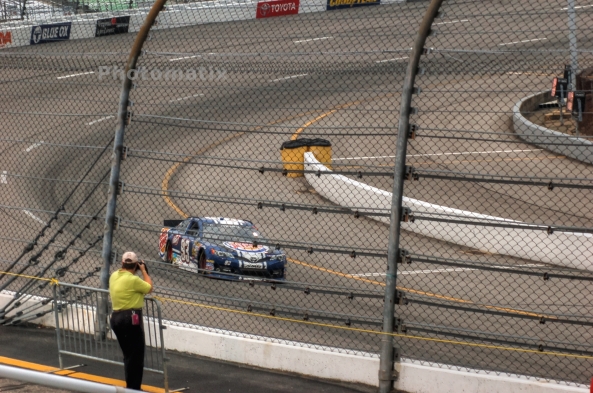 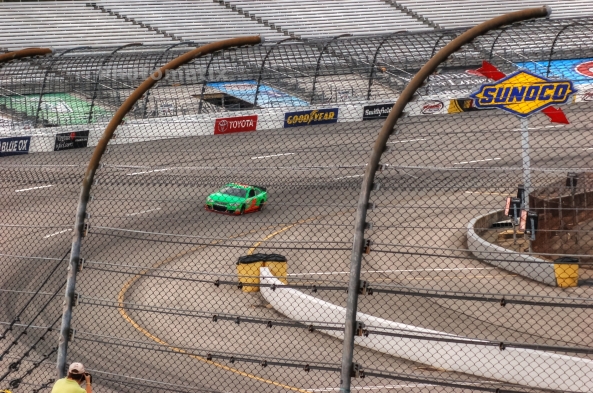 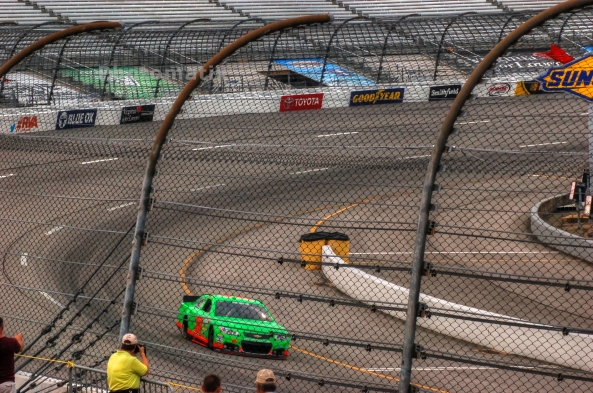 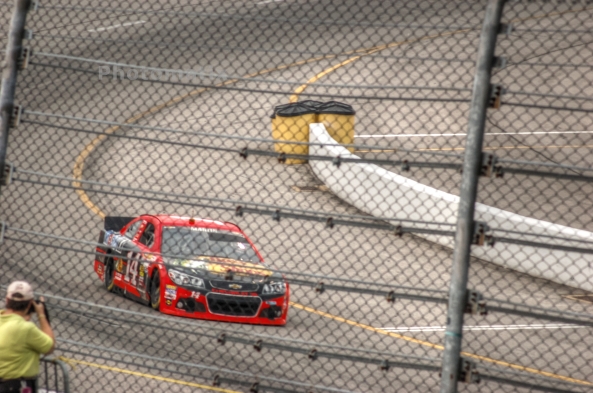 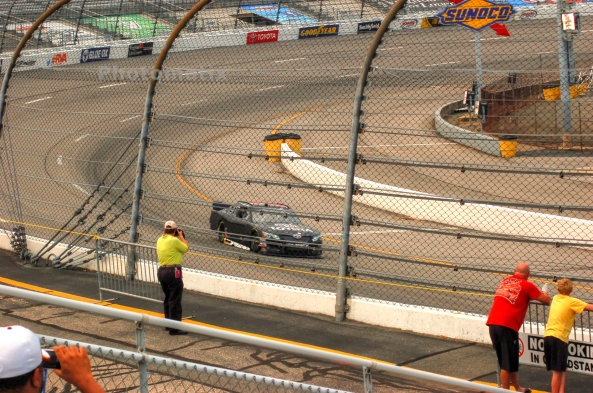 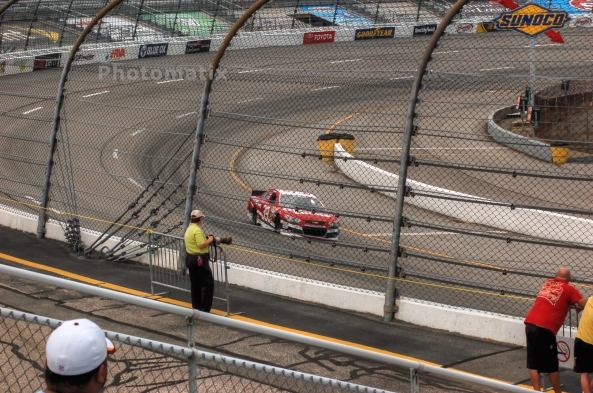 This Controversy just won’t go away…

I have been looking forward to a film version ofEnder’s Game ever since I read the book with my son Sam when he was around 12. It’s a brilliant piece of work that was way ahead of its time when it was published in 1985, foretelling a world in which kids trained for battle on adaptive video games that grew more difficult as the kids’ skills increased. It casts judgment on a world that sent children to war because adults would be too aware of the cost of the war to kill as heartlessly as would be needed.

The book is a cry to understand the cost of killing and the need for compassion, even for alien races that may be attacking us out of misunderstanding. It is a celebration of creativity and the courage to challenge authority. Ender takes everything he has been told as fact and looks at it in a fresh way, allowing him to come up with more effective solutions to problems his elders failed to solve by doing the same thing over and over.

Now, just as I was getting excited about the first official trailer and the Nov. 1 release date, I have been distracted and disturbed by the controversy generated by the book’s author, Orson Scott Card. He has made remarks against gay marriage and has equated being gay with being mentally ill — an idea the American Psychiatric Association officially debunked, finally, in 1973.

Back in 1990, Card was quoted supporting laws against homosexual behavior. He was on the board of the National Organization for Marriage, which opposes same-sex unions, from 2009 until this year.

The advocacy group Geeks Out has responded by calling for a boycott of the movie. I’ve been asked (and I’m asking myself): Which side am I on? And am I tacitly on one side or the other when I decide to see or not to see the movie?

Boycotts can be a wonderful thing. They can be a peaceful way of changing the world, as when Mohandas Gandhi exhorted his followers to boycott British goods in favor of Indian ones. They can kick off a revolution, as when American patriots urged a boycott of English tea in favor of American coffee. They can change the laws of the land, as when the Rev. Martin Luther King Jr. urged a boycott of Montgomery, Ala., buses that lasted 13 months — until the Supreme Court ruled that segregation on public buses was unconstitutional and that all people, no matter the color of their skin, have an equal right to sit in whatever available seat they choose.

But boycotts are most effective when they set out to accomplish a specific goal. In this case, what would a boycott of a person achieve? And would it divide us even further by labeling those who see the movie as being against gay rights, when they may not really feel that way at all?

One reason this issue tears at me is that I believe strongly in the rights of all people to live with dignity and to marry those they love. I support gay marriage and gay rights. I treasure the relationship my cousin has with his partner of many decades and look forward to the day they can legally marry and enjoy all the legal rights that my husband and I do.

But this thought nags at me: There is no bigotry in Ender’s Game. What I see and what I love in the book is its condemnation of war as the solution to our differences and its plea for kindness and creativity in a world divided into winners and losers trapped in stratified roles.

Card is wrong to say what he has said, and I am glad there is an outcry that reflects zero tolerance for bigotry. Yet are we ready to reject all of those who have campaigned against marriage equality? Consider that pretty much every president has done as much, including President Barack Obama, who did not support it when he first ran for office.

Obama has “evolved” — his words — on the issue, as have many other Democrats and Republicans. I hope Card will, too, even as his crazy tirades expand. Card drew gasps after a blog post in May, in which he compared Obama to Hitler and predicted a dictatorship with the first lady waiting in the wings. (It should be noted that he ended his essay with “if I really believed this stuff, would I actually write this essay?” But his points had already been made.)

I also look at this issue through the prism of my own childhood. When I was growing up, my parents, who lived through the Holocaust, would sometimes question my love of Charles Dickens and Shakespeare. After all, Dickens had given us Fagin, sometimes just referred to in Oliver Twist as “the Jew,” a miserly ringleader of a band of thieves who cared about money above all. It was the kind of caricature Hitler had used in his propaganda machine in generating an image of Jews as worthy of extermination.

Meanwhile, Shakespeare had given us Shylock in The Merchant of Venice, the vengeful, duplicitous Jewish merchant determined to exact a pound of flesh from the good, kind Christian he loathed, as payment for all the insults that had been heaped on him over the years.

And what about Norse mythology — the stories of Thor and Odin that I devoured? These were the myths used by the Nazi regime. What about Wagner, Hitler’s favorite composer, who brought those myths to full-throated operatic life? Wagner’s operas have never been staged in the modern state of Israel, and the few public instrumental performances that have occurred have provoked much controversy.

Did I offer tacit tolerance of these artists’ horrific attitudes by reading these works and listening to this music? Some may say yes. In pre-Israel Palestine, Wagner’s music was banned by Jewish musicians after Kristallnacht, the Night of Broken Glass, the horrible anti-Jewish pogrom in 1938 that served as a tragic foreshadowing of the horrors to come in Nazi Germany.

The ban continued through the creation of the state of Israel until 2000 — and even now, when Wagner is proposed for the repertoire, protests follow. Just last year, a concert in Israel that included works by Wagner was announced and then canceled.

So what is my position on the Ender’s Game boycott? Mixed. Troubled. Concerned. But I have decided to go see it, in the same spirit in which I still read Dickens and Shakespeare, dig into Norse mythology, listen to Wagner. I do not judge anyone who makes a different decision; everyone’s journey and the rawness of his or her pain is different. My parents were too close to the Holocaust. My mother suffered too much from anti-Semitic taunts on the streets of New York during World War II. She suffered too many nightmares on too many nights after losing cousins, aunts, uncles and a grandmother to a fire the Nazis set to a synagogue, where they had herded all of the Jews in Bialystok before bolting the doors.

I feel that pain, but from a greater distance that allows me to separate the greatness of these artists from their terrible flaws. I confess, perhaps naively, to hoping that Card’s views may evolve as I learned Dickens’ did after his correspondence with Eliza Davis, a Jewish reader who told him that his depiction of Fagin encouraged “a vile prejudice.” Many credit her with inspiring Dickens’ subsequent creation of the kind and caring Jewish character Mr. Riah in Our Mutual Friend.

I also appreciate the strong language with which Lionsgate, the studio producing the film, has repudiated Card’s position on gay rights and has pledged to create an Ender’s Game benefit for the lesbian, gay, bisexual and transgendered community.

Card, 61, has known his own personal tragedy. He lost one of his five children, Charles, who had cerebral palsy, soon after the youth’s 17th birthday. He lost a little girl the day she was born. He suffered a stroke in 2011.

As a reader, I see the seeds for empathy in his books. He just needs to catch up personally to the ideas he expresses so eloquently in his fiction. I believe in believing in people. And I believe that when you believe in someone’s potential for goodness and change, then that person may start believing in it, too.

So, yes, I’m going to see Ender’s Game. I hope I will be doing the right thing. I hope I won’t be judged too harshly by those who disagree.

And I hope that one day soon, Card will be feeling and saying the right thing, too 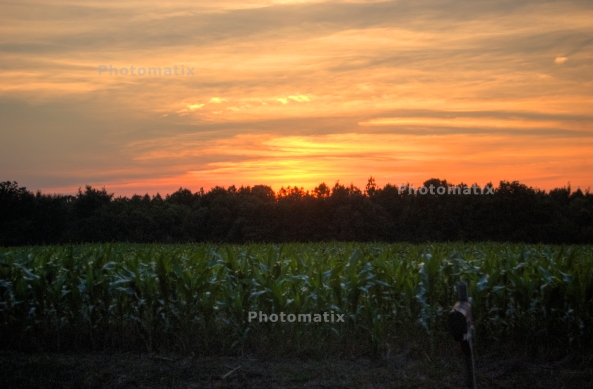 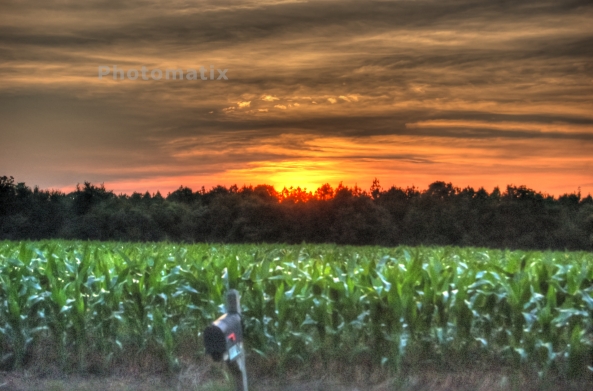 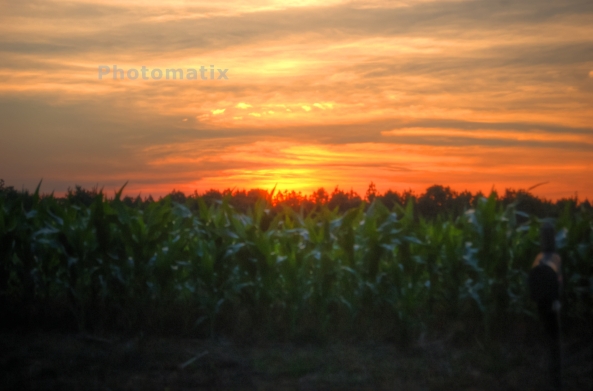 What does your friends on Facebook got to do with your credit score. Just another way for banks to stick it to the little guy AGAIN. 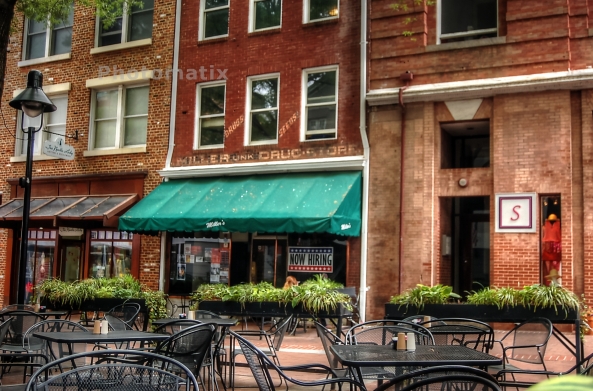 Was the place that Dave Matthew’s Band started their careers at.