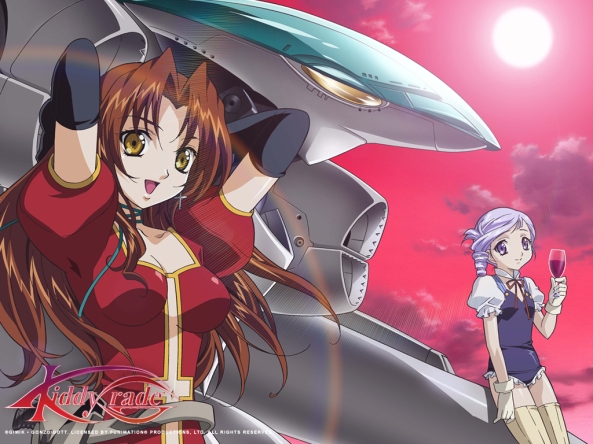 Is the next anime series I’d like to discuss. It is a science fiction action story despite how it starts slow. The series takes the first six episodes to introduce all the main characters necessary to the greater story. After that it takes a darker turn and follows a ripping plot.

The show focuses on two young women (which is a misnomer) called Eclair and Lemaire. Both are over 250 years old, which is the only part of the plot I’m going to give away. Thus, the show covers the pitfalls of being an immortal in a painful way. While both Eclair and Lumaire are the two main characters, Ecliar’s back story takes precedent in the story. We don’t get Lumiare’s background until the end of episode 20 or 21. Both are very interesting though.

Those who are familiar with anime will recognize some of Dirty Pair Flash in the series because Kiddy Grade is a spiritual successor to the original much like Madlax is to Noir.

It’s another series I recommend watching.