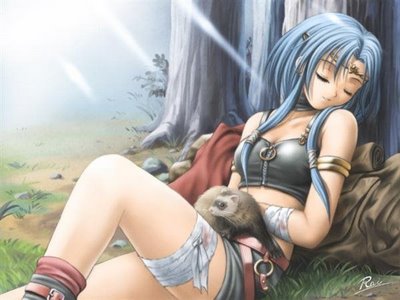 As I cruised the forums, I found a post that’s ongoing about how to make a character likable. It caused me to shake my head. Characters are people. What makes a person likable? Well here goes:

These are the same that allow us to differentiate between people we like and those we don’t like. And, in my opinion, we’re all assholes, it’s just whether we get along with them. There’s a great quote on that subject in Die Hard 2: Die Harder:

John McClane: Guess I was wrong about you. You’re not such an asshole after all.

Grant: Oh, you were right. I’m just your kind of asshole.

That sums us up as people. Each of us are arrogant (some more than others), calculating, self-centered, and insecure. It’s those qualities that not only differentiate each of us from others, but it’s also the thing that makes us human.

How many times have you read a novel and found the character to be flat and wooden or a straight up Mary Sue? It really turns you off to the book doesn’t it? That’s because the writer didn’t take time to develop the character and make them real. Now that doesn’t mean you need to give every ounce of back story either. Stephen King had a good quote on that:

“The most important things to remember about back story are that (a) everyone has a history and (b) most of it isn’t very interesting.”
― Stephen King, On Writing

The best way to make a likable character is to give them some quality that people can relate to. Even the ‘loner’ character can cause the reader to root for him or her. So, to put things in a nutshell, it’s making real, breathing characters. If you have a hard time doing that, than look at the people around you. What makes them who they are? How do they act? What do they believe in?

A likable character comes from another element writers need to do: be observant.

3 comments on “How To Make Your Character More Likable”