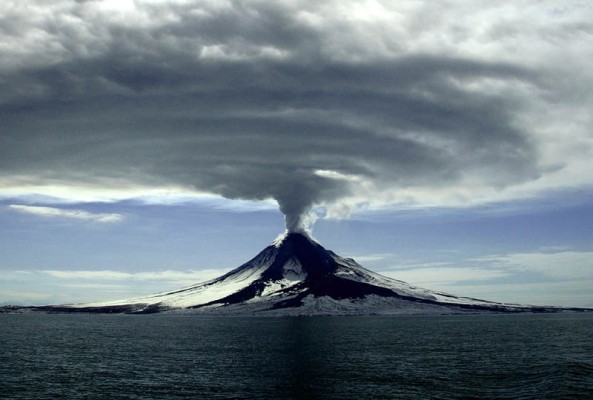 Indonesia’s most volatile volcano spewed smoke and ash Monday, forcing hundreds of people to flee their villages along its slopes, a disaster official said.

The volcano unleashed a column of dark red volcanic material 1,000 meters into the air, and the ash made the rain thick and muddy in several villages as terrified residents fled to safety, he said.

The sound was heard 30 kilometers away, but an eruption did not occur and the volcano’s alert level was not raised, Nugroho said.

Indonesia, an archipelago of 240 million people, is prone to earthquakes and volcanic activity because it sits along the Pacific “Ring of Fire,” a horseshoe-shaped series of fault lines.