per the UK Express:

£141m LONE RANGER follows Pacific Rim as yet another big bucks flop. Is this the end of the movie blockbuster?

Lone Ranger star Johnny Depp: The film was a huge bust in America
It’s A bloodbath at the box office. Last weekend marked the fourth big budget bomb of the summer as monsters v robots extravaganza Pacific Rim was crushed in its opening weekend in America. The £118million spectacle lost out to the cute Despicable Me 2 and Adam Sandler in Grown Ups 2, despite the latter being one of the year’s worst reviewed films.

Directed by Guillermo Del Toro, the event picture grossed just £24million, way off what it needs to break even once marketing costs are taken into consideration and well down on the £43million achieved by World War Z. Or the colossal £114million of Iron Man 3. In the UK it was a flat-out flop with a meek £2.1million. It seems that Steven Spielberg’s prediction of an “implosion” in Hollywood is coming true sooner than even he anticipated: “There’s going to be an implosion where three or four or maybe even half a dozen of these mega-budget movies are going to go crashing to the ground,” he said last month.

That’s just what is happening as audiences reject a succession of bloated blockbusters starring some of Hollywood’s biggest names.

The Lone Ranger, out in the UK in August (budget: £141million and counting), bombed in its opening weekend in America, earning just £32million over the five-day July 4 holiday.

It is unlikely to earn £66million in total and Disney analysts are predicting a write-down of up to £125million, not far off the £131million hit Disney took on the flop John Carter.

The picture reunited the team behind the Pirates of The Caribbean franchise: Johnny Depp, director Gore Verbinski and producer Jerry Bruckheimer, but failed to reach as broad an audience, playing to an older crowd more familiar with the original radio and TV series about the mythic gunslinger and his sidekick Tonto.

It has been troubled since production was suspended in August 2011 by then Walt Disney Studios chairman Rich Ross, as the budget spiralled to £164million.

It was cut to £141million but rose again during production thanks to poor weather and complex action sequences: the filmmakers constructed six miles of railway track in New Mexico for live-action stunt work.

With estimated worldwide marketing costs of £115million it will have to earn an impossible £329million to break even after theatre owners take their percentage.

The Lone Ranger was not the first high profile miss of a crowded summer. Will Smith had a rare flop with his £85million apocalyptic sci-fi adventure After Earth, which has earned just £38million in North America, his lowest grossing film since Ali in 2001.

It was released by Sony Pictures, which suffered another financial headache with White House Down, a £99million action spectacle about a terrorist takeover of the White House.

Starring Channing Tatum as an aspiring secret service agent who saves the day it earned a mere £16million in its opening weekend in America, well down on figures required to break even and much less than the sums achieved by director Roland Emmerich’s other movies including 2012 which debuted to £43million in 2009.

Emmerich agrees that a crisis is looming with studios pursuing an unsustainable model of making fewer movies at inflated costs. Budgets up to £130million are now the norm.

“It’s upsetting because I see myself as a filmmaker and I want to alternate interesting films with big films and it’s hard to do.”

He points to the absurdity of director Steven Soderbergh going to a cable TV company to fund his Liberace movie, Behind The Candelabra, despite it starring Michael Douglas and costing only £16million.

“When Steven Soderbergh has to go to HBO to get it done, then you know there’s something wrong,” said Emmerich, “and Steven Spielberg needed 10 years to get Lincoln together and that nearly went to HBO at the last moment. This is Steven Spielberg!”

Joss Whedon shares Emmerich’s exasperation. When the director of last summer’s hugely successful Avengers Assemble wanted to make a micro-budget black-and-white version of Much Ado About Nothing, he funded it himself.

The Lone Ranger bombed in its opening weekend in America

“Studios only want to make $200million blockbusters or found footage horror films for less than $3million. There is nothing in between,” he said. “We made Much Ado with our own money and our own studio that my wife and I created exactly for this reason.”

Is the model sustainable? No studio is losing its shirt. Yet. Disney stock remained stable after the weak numbers for The Lone Ranger, in part because of Iron Man 3 (over £790million worldwide) and Pixar’s Monsters University. It also now owns the Star Wars franchise, to be re-launched in 2015.

Balance sheets have long been bucked up by international grosses, with markets like China and Japan expanding at two and a half times the pace of America.

Even so, the foreign box office is down 13 per cent on last year. This might reflect a cooling toward 3D, but the pressure is on foreigners to save Pacific Rim for backers Legendary Pictures and Warner Bros.

Meanwhile, Universal is braced for its first flop of the summer this weekend with sci-fi comedy R.I.P.D. starring Ryan Reynolds. The £85million picture is “looking like the third big-budget box office flop in a row after The Lone Ranger and last weekend’s Pacific Rim,” reports trade bible Variety.

What’s worrying is that all these turkeys were all based on original ideas. However bad they may be, no one wants Hollywood to abandon its originality. Or what’s left of it.

As Lionsgate seeks to put distance between the anti-gay writer and its movie of his novel, the row underlines the need for film-makers to think more deeply about fans’ views

Per the UK Daily Guardian:

They say all publicity is good publicity. If so, studio Lionsgate should be reaping the rewards from all the negative hype whirling around the repugnant views of Orson Scott Card, author of the novel upon which its upcoming science fiction movie Ender’s Game is based. Ever since gay rights group Geeks Out launched its campaign for a boycott of Gavin Hood’s film, whose stellar cast includes Harrison Ford, Britain’s brilliant Asa Butterfield, Hailee Steinfeld and Abigail Breslin, the noise surrounding the movie has been firmly about Card’s homophobic attitudes rather than the movie itself.

Lionsgate’s reaction has been to pretend that Card is a figment of everybody else’s imagination, rather than the source of its own worst nightmares. As the Hollywood Reporter has pointed out, the science fiction writer’s name has been excised from pretty much all publicity surrounding the movie: he is no longer visible on Ender’s Game’s Facebook page, and barely gets a mention on the film’s trailer beyond a tiny two-second glimpse on the end title card.

Card was not present at the film’s appearance at Comic Con in San Diego last night, despite the panel for Lionsgate’s other teen-orientated sci-fi flick, Divergence, featuring source novel author Veronica Roth. Producer Robert Orci simply batted back questions about the controversy in the way Lionsgate has done since it erupted. “Rather than shy away from this, I would reiterate that we support LGBT rights, and human rights,” he said. The studio has promised to hold a fundraiser for gay causes and argued that its movie really has nothing to do with Card’s nasty views, which have been detailed by my colleague Andrew Wheeler over on Comment is Free.

Harrison Ford and Asa Butterfield in Ender’s GameThe problem here is that Card has been far from a hands-off figure in Ender’s Game’s gestation period. While the current screenplay, based on both Ender’s Game and parallel novel Ender’s Shadow, is credited to Hood alone, the Mormon author has written at least two scripts of his own over the past 15 years. He is listed as a producer on the film and is said to have refused Hollywood’s advances several times in the 1980s and 1990s due to creative differences. He even gets a voice cameo as a pilot in the movie.

That Lionsgate failed to pick up on Card’s increasing notoriety for all the wrong reasons over the couple of years in which it has been involved in the film ought to be a salutary lesson for Hollywood. In a universe in which fanboy cred seems to matter almost as much as box office results, making a movie based on the ideas of a guy who professes to hate a large portion of your key audience so much that he once said he wouldrather overthrow the United States government than tolerate gay marriage is a very bad call indeed.

Conversely, geek culture has always been notable for its tolerance. But Hollywood is fast learning that the fanboy brigade are not just a great slavering mass of wide-eyed chumps desperate to haemorrhage their hard-earned cash in the direction of the nearest multiplex. Sometimes, the geeks bite back, and woe betide those who are not prepared to listen.

It shows how far we have come that Card, who was arrogant enough to make that statement about gay marriage and the US government only four years ago, now mewls plaintively about “persecution” from “triumphant” proponents of equal rights in the wake of the US’s historic legal ruling last month. How irritating it must be for the author that his two-decade battle to bring his best known work to the big screen has been scuppered by the very people he finds most repugnant in this world – and how wonderfully ironic.

As a science fiction movie fan, I can’t help but feel a little disappointed that what might prove to be a rather decent example of the form is being overshadowed by the controversy surrounding Card. Should Lionsgate’s platitudes towards the LGBT community be accepted – the Oscar-winning writer of Milk, Dustin Lance Black, has proposed as much – I’d like to see the film do well. But if all that bad hype does doom the movie, and if studios take a little more care over who they choose to work with as a result, it may just have been worth it.

This is shot from southern Virginia, not far from the VA/North Carolina Border. The train waiting on the other track (called a ‘siding’) is an empty coal train. Passing southbound by it is the empty Tropicana train. This unit train returns Tropicana refrigerator cars back to Florida to be loaded with orange juice and other perishable juices from Bradenton, Florida. The northbound then takes the loads up to Bergen, NJ. where is it trucked to the various grocery stores. They’ve been doing this since I was a kid. 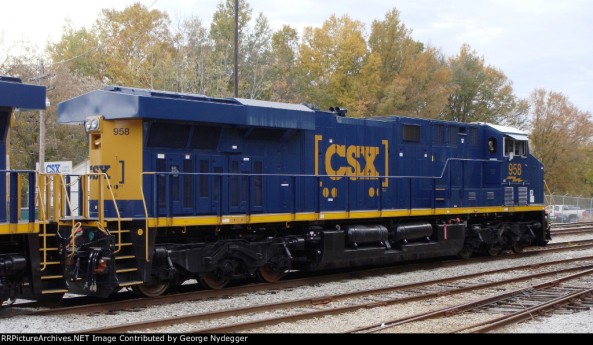 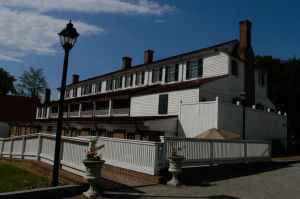 Once again another totally unnecessary tax. The fools don’t realize how much this is going to hurt local business. With the implementation of Obamacare starting people’s disposable income dropping by a large percentage (and it’s “Surprising” to economists that retail sales are tepid or flat out down. I could’ve told them that was going to happen), the amount of money available for ‘eating out’ will dry up. Throw in the ‘meals tax’ and it’ll just kill local business and jobs. But, what the hell, they’re getting their damn money so that’s all that matters.