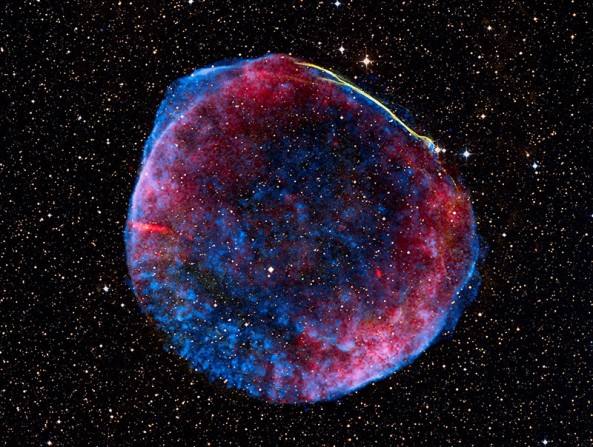 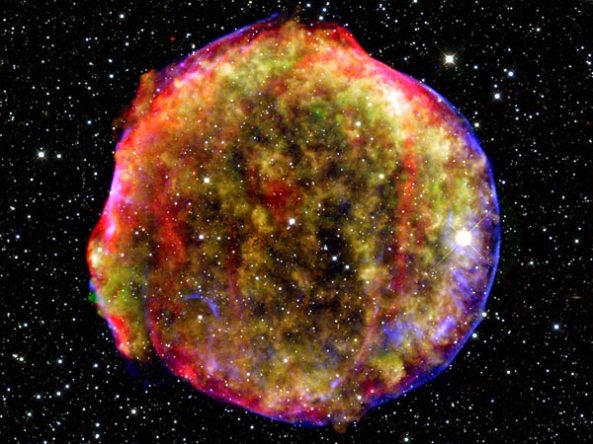 Shedding new light on the brightest objects in the universe. 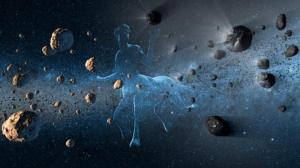 Secret demands mark escalation in Internet surveillance by the federal government through gaining access to user passwords, which are typically stored in encrypted form.

The U.S. government has demanded that major Internet companies divulge users’ stored passwords, according to two industry sources familiar with these orders, which represent an escalation in surveillance techniques that has not previously been disclosed.

If the government is able to determine a person’s password, which is typically stored in encrypted form, the credential could be used to log in to an account to peruse confidential correspondence or even impersonate the user. Obtaining it also would aid in deciphering encrypted devices in situations where passwords are reused.

“I’ve certainly seen them ask for passwords,” said one Internet industry source who spoke on condition of anonymity. “We push back.”

A second person who has worked at a large Silicon Valley company confirmed that it received legal requests from the federal government for stored passwords. Companies “really heavily scrutinize” these requests, the person said. “There’s a lot of ‘over my dead body.'”

Some of the government orders demand not only a user’s password but also the encryption algorithm and the so-called salt, according to a person familiar with the requests. A salt is a random string of letters or numbers used to make it more difficult to reverse the encryption process and determine the original password. Other orders demand the secret question codes often associated with user accounts.

“This is one of those unanswered legal questions: Is there any circumstance under which they could get password information?”
–Jennifer Granick, Stanford University

A Microsoft spokesperson would not say whether the company has received such requests from the government. But when asked whether Microsoft would divulge passwords, salts, or algorithms, the spokesperson replied: “No, we don’t, and we can’t see a circumstance in which we would provide it.”

Google also declined to disclose whether it had received requests for those types of data. But a spokesperson said the company has “never” turned over a user’s encrypted password, and that it has a legal team that frequently pushes back against requests that are fishing expeditions or are otherwise problematic. “We take the privacy and security of our users very seriously,” the spokesperson said.

Apple, Yahoo, Facebook, AOL, Verizon, AT&T, Time Warner Cable, and Comcast did not respond to queries about whether they have received requests for users’ passwords and how they would respond to them.

Richard Lovejoy, a director of the Opera Software subsidiary that operates FastMail, said he doesn’t recall receiving any such requests but that the company still has a relatively small number of users compared with its larger rivals. Because of that, he said, “we don’t get a high volume” of U.S. government demands.

Some details remain unclear, including when the requests began and whether the government demands are always targeted at individuals or seek entire password database dumps. The Patriot Act has been used to demand entire database dumps of phone call logs, and critics have suggested its use is broader. “The authority of the government is essentially limitless” under that law, Sen. Ron Wyden, an Oregon Democrat who serves on the Senate Intelligence committee, said at a Washington event this week.

Large Internet companies have resisted the government’s requests by arguing that “you don’t have the right to operate the account as a person,” according to a person familiar with the issue. “I don’t know what happens when the government goes to smaller providers and demands user passwords,” the person said.

An attorney who represents Internet companies said he has not fielded government password requests, but “we’ve certainly had reset requests — if you have the device in your possession, than a password reset is the easier way.”

Source code to a C implementation of bcrypt, a popular algorithm used for password hashing.

Cracking the codes
Even if the National Security Agency or the FBI successfully obtains an encrypted password, salt, and details about the algorithm used, unearthing a user’s original password is hardly guaranteed. The odds of success depend in large part on two factors: the type of algorithm and the complexity of the password.

Algorithms, known as hash functions, that are viewed as suitable for scrambling stored passwords are designed to be difficult to reverse. One popular hash function called MD5, for instance, transforms the phrase “National Security Agency” into this string of seemingly random characters: 84bd1c27b26f7be85b2742817bb8d43b. Computer scientists believe that, if a hash function is well-designed, the original phrase cannot be derived from the output.

But modern computers, especially ones equipped with high-performance video cards, can test passwords scrambled with MD5 and other well-known hash algorithms at the rate of billions a second. One system using 25 Radeon-powered GPUs that was demonstrated at a conference last December tested 348 billion hashes per second, meaning it would crack a 14-character Windows XP password in six minutes.

The best practice among Silicon Valley companies is to adopt far slower hash algorithms — designed to take a large fraction of a second to scramble a password — that have been intentionally crafted to make it more difficult and expensive for the NSA and other attackers to test every possible combination.

One popular algorithm, used by Twitter and LinkedIn, is called bcrypt. A 2009 paper (PDF) by computer scientist Colin Percival estimated that it would cost a mere $4 to crack, in an average of one year, an 8-character bcrypt password composed only of letters. To do it in an average of one day, the hardware cost would jump to approximately $1,500.

But if a password of the same length included numbers, asterisks, punctuation marks, and other special characters, the cost-per-year leaps to $130,000. Increasing the length to any 10 characters, Percival estimated in 2009, brings the estimated cracking cost to a staggering $1.2 billion.

As computers have become more powerful, the cost of cracking bcrypt passwords has decreased. “I’d say as a rough ballpark, the current cost would be around 1/20th of the numbers I have in my paper,” said Percival, who founded a company called Tarsnap Backup, which offers “online backups for the truly paranoid.” Percival added that a government agency would likely use ASICs — application-specific integrated circuits — for password cracking because it’s “the most cost-efficient — at large scale — approach.”

While developing Tarsnap, Percival devised an algorithm called scrypt, which he estimates can make the “cost of a hardware brute-force attack” against a hashed password as much as 4,000 times greater than bcrypt.

Bcrypt was introduced (PDF) at a 1999 Usenix conference by Niels Provos, currently a distinguished engineer in Google’s infrastructure group, and David Mazières, an associate professor of computer science at Stanford University.

With the computers available today, “bcrypt won’t pipeline very well in hardware,” Mazières said, so it would “still be very expensive to do widespread cracking.”

Even if “the NSA is asking for access to hashed bcrypt passwords,” Mazières said, “that doesn’t necessarily mean they are cracking them.” Easier approaches, he said, include an order to extract them from the server or network when the user logs in — which has been done before — or installing a keylogger at the client.

Sen. Ron Wyden, who warned this week that “the authority of the government is essentially limitless” under the Patriot Act’s business records provision.

Questions of law
Whether the National Security Agency or FBI has the legal authority to demand that an Internet company divulge a hashed password, salt, and algorithm remains murky.

“This is one of those unanswered legal questions: Is there any circumstance under which they could get password information?” said Jennifer Granick, director of civil liberties at Stanford University’s Center for Internet and Society. “I don’t know.”

Granick said she’s not aware of any precedent for an Internet company “to provide passwords, encrypted or otherwise, or password algorithms to the government — for the government to crack passwords and use them unsupervised.” If the password will be used to log in to the account, she said, that’s “prospective surveillance,” which would require a wiretap order or Foreign Intelligence Surveillance Act order.

If the government can subsequently determine the password, “there’s a concern that the provider is enabling unauthorized access to the user’s account if they do that,” Granick said. That could, she said, raise legal issues under the Stored Communications Act and the Computer Fraud and Abuse Act.

The Justice Department has argued in court proceedings before that it has broad legal authority to obtain passwords. In 2011, for instance, federal prosecutors sent a grand jury subpoena demanding the password that would unlock files encrypted with the TrueCrypt utility.

The Florida man who received the subpoena claimed the Fifth Amendment, which protects his right to avoid self-incrimination, allowed him to refuse the prosecutors’ demand. In February 2012, the U.S. Court of Appeals for the Eleventh Circuit agreed, saying that because prosecutors could bring a criminal prosecution against him based on the contents of the decrypted files, the man “could not be compelled to decrypt the drives.”

In January 2012, a federal district judge in Colorado reached the opposite conclusion, ruling that a criminal defendant could be compelled under the All Writs Act to type in the password that would unlock a Toshiba Satellite laptop.

Both of those cases, however, deal with criminal proceedings when the password holder is the target of an investigation — and don’t address when a hashed password is stored on the servers of a company that’s an innocent third party.

“If you can figure out someone’s password, you have the ability to reuse the account,” which raises significant privacy concerns, said Seth Schoen, a senior staff technologist at theElectronic Frontier Foundation.

Misaki. There’s an interesting story behind her. I’d watch the entire 2 seasons to see what it is.

Luxandra..who ends up being eaten by a Ghoul. Such a sad ending for one of Misaki’s friends. I hated it when it happened-even if I’m spoiling something. 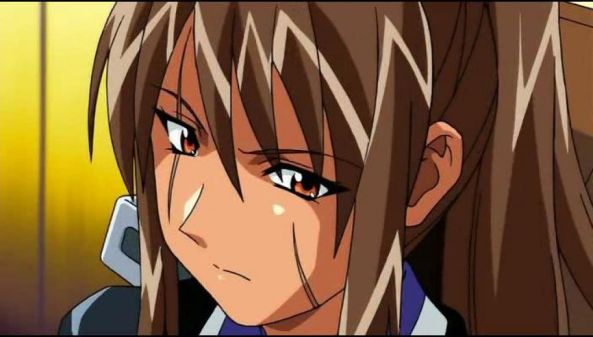 And the entire cast 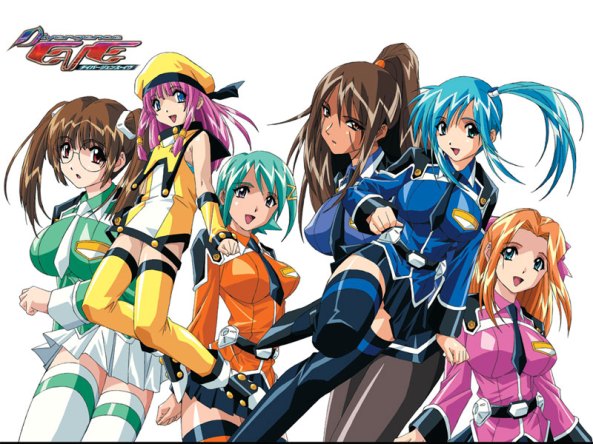